Criminal Justice and Criminology: US Sources

Historical Statistics of the United States - Designed to give users a variety of means to search and navigate the vast amount of data. Users can create custom tables; merge columns from multiple tables to create custom tables, which can also be downloaded, printed, or graphed.

US Bureau of Justice Statistics Feed

Federal Bureau of Investigation - Protects and defends against terrorist and foreign intelligence threats, upholds and enforces the criminal laws of the United States, and provides leadership and criminal justice services to federal, state, municipal, and international agencies and partners. Includes access to Reports & Publications and Uniform Crime Reports.

FedStats - Statistics of general public interest compiled by the United States Federal Government. Use the A to Z Topics index to access the crime statistics.

Justice Research and Statistics Association -  a national nonprofit organization of state Statistical Analysis Center (SAC) directors, researchers, and practitioners throughout government, academia, and criminal justice organizations dedicated to policy-orientated research and analysis. JRSA publishes a wide variety of research and analytical reports, most of which are available for free downloading.

National Institute of Corrections (NIC) - an agency within the U.S. Department of Justice, Federal Bureau of Prisons. Provides training, technical assistance, information services, and policy/program development assistance to federal, state, and local corrections agencies. Includes publications in their library such as:  Corrections Mental Health and reports by topic.

National Criminal Justice Reference Service (NCJRS) - One of the largest criminal and juvenile justice libraries and databases in the world, the NCJRS Abstracts Database. The collection, with holdings from the early 1970s to the present, contains more than 210,000 publications, reports, articles, and audiovisual products from the United States and around the world. These resources include statistics, research findings, program descriptions, congressional hearing transcripts, and training materials.  Use the Topical Index to find statistics on a variety of topics.

Sourcebook of Criminal Justice Statistics -  brings together data from more than 100 published and unpublished sources about many aspects of criminal justice in the United States. Since 1973, the project has been located at the University at Albany, School of Criminal Justice, and compiled and managed by staff at the Hindelang Criminal Justice Research Center in Albany, New York.

US Bureau of Justice Statistics (BJS) - To collect, analyze, publish, and disseminate information on crime, criminal offenders, victims of crime, and the operation of justice systems at all levels of government. Includes a number of Data Collections, like (but not limited to):

US Department of Justice - To enforce the law and defend the interests of the United States according to the law; to ensure public safety against threats foreign and domestic; to provide federal leadership in preventing and controlling crime; to seek just punishment for those guilty of unlawful behavior; and to ensure fair and impartial administration of justice for all Americans. Includes reports and publications on a  number of topics.

US Sentencing Commission - an independent agency in the judicial branch of government. Its principal purposes are: (1) to establish sentencing policies and practices for the federal courts, including guidelines to be consulted in sentencing; (2) to advise and assist Congress and the executive branch in the development of effective and efficient crime policy; and (3) to collect, analyze, research, and distribute a broad array of information on federal crime and sentencing issues.  Includes Annual Reports and  Sourcebooks of Federal Sentencing Statistics. Also see the publications 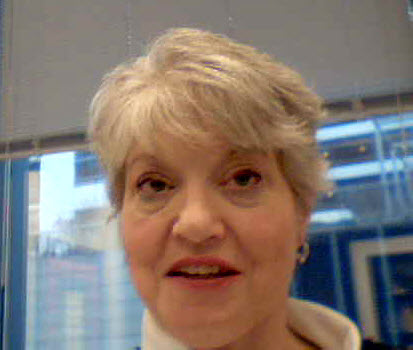