"Written by a Southerner from Georgia, this first novel, whose language is Tennessee-Georgia dialect expertly wrought into a clipped, elliptic and blunt style, introduces it's author as a writer of power."

American novelist and short-story writer, born in Georgia, educated at the University of Iowa. Though she is now viewed as belonging firmly to the Southern tradition of American literature, O'Connor was a Roman Catholic, and the paradox of being a Catholic writer in one of the most fanatically Protestant societies in the world was tackled directly by her in letters and essays, including ‘The Catholic Novelist in the Protestant South’ (collected in Mystery and Manners, 1969). It is in this area of Southern life that O'Connor finds the characters and situations of her novels and stories. Wise Blood (1952) concerns a young man who tries to establish a Church Without Christ in his Southern town; ironically he repeats the terrible martyrdom of the early Christians. The Violent Bear It Away (1960) centres round the struggle between the boy Tarwater, brought up by his crazed grandfather to think of himself as a prophet, and his liberal uncle over the baptism of the latter's idiot son; the novel abounds in the macabre and the darkly, crazily ecstatic. These qualities are to be found too in O'Connor's short stories, in which her best work appears. There are two collections, A Good Man Is Hard to Find (1955) and the posthumously published Everything that Rises Must Converge (1965). O'Connor has been accorded cult status, particularly in her native South; other critics, while admiring the intensity of vision and literary judgement of her work, find her obsession with cruelty, pain, and punishment revelatory of a certain unacknowledged imaginative sadism.

Read more about Flannery O'Connor's life and work in these online reference sources: 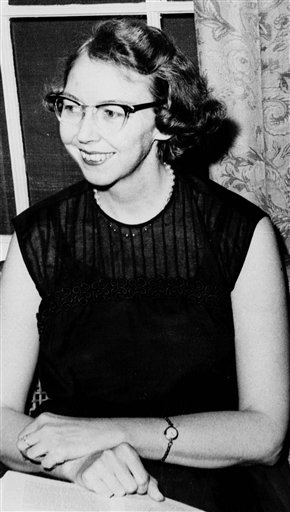